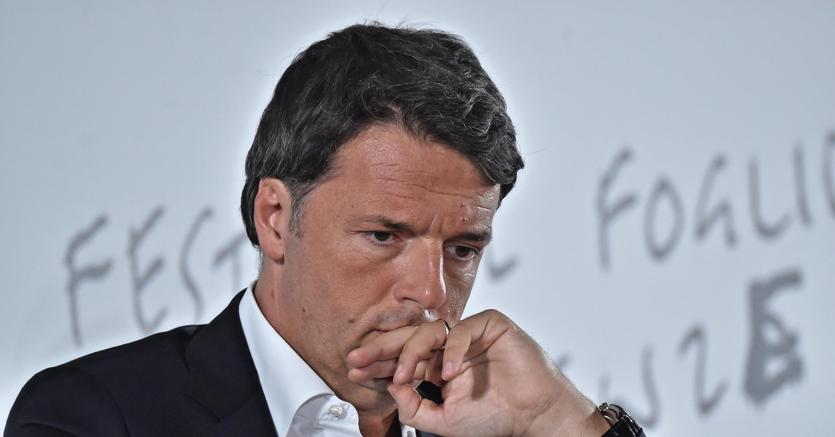 President Renzi, I was going to send a tweet, but I quickly realized that 140 characters would not be enough. No, I am writing to tell you about italian politics, but to ask what you think of a topic that, alas, in our country does not raise the interest that he deserves, that the scandal Datagate.

I appeal to you for several reasons. First of all – of course – in your capacity as President and then because you’re thirty-nine and, for that, you’ve a know how that provides the tools necessary to understand the essence of the matter, in every facet.

Personally, I was immediately struck by the reality that has emerged from the revelations of Edward Snowden brought to light by the Pulitzer Prize Glenn Greenwald; I wanted to understand, I for one, first. So a few months ago I began to spend most of my (little) free time to gather material, read articles and listen to different opinions that inflamed the debate in the Us.

Snowden is a modern hero or just a traitor? The espionage activities implemented by the US government at the hands of the National Security Agency – whose slogan is “collect all the collectible” – is really aimed at the protection of national security, or is an obvious limitation of our individual freedom?

Questioning is not insignificant, especially for those who, like me, has always maintained that the protection of safety should be on top of the ladder of priorities for anyone to assume the burden and the honor of governing. With every passing day, and the succession of news, however, the one that stood out more and more clear before our eyes, it was a photograph of a truth very different and far more bitter.

So it was that one day I decided to share this reflection making it the central pivot of the story of my latest novel. Since it came out, every day I get testimonials from friends after reading it, I wonder where is the line between reality and my imagination, and are incredulous when they realize that, between the fiction and the “fx effects” that make up the plot, there is a reality almost irrefutable: we are all trapped, or at least or intercepted; which makes little difference.

Having established this, the questions I want to ask are:

1) For a number of official documents disclosed by Snowden, it appears that only a very small part of the interceptions made by the NSA would actually aimed at counter-terrorism activities. Does not believe that the power that the Patriot Act gives the National Security Agency is disproportionate and, therefore, the invasion of our privacy unjustified?

2) As admitted by Obama during a press conference, the US spy on a regular heads of state from around the world, “to find out their intentions.” Several reports drawn up by the NSA employees attest that the contents of these interceptions are used by the US to “orient” – of course in their favor – the negotiations with other countries, including their partners, so do we. In short, they likes to win easy. This awareness does not worry?

I assume you’ve read 1984, the masterpiece of Orwell. Well, the scandal Datagate is one of those cases that lead us to see how reality is able to overcome the imagination, or at least to approach a lot. In my novel, I tell the story of Alex Anderson, a young Congressmen that in many indicate as the horse on which the Republicans are ready to bet to take back the White House after Obama. He, realizing that the state considers smartphones, computers and credit cards the same way as “open doors, in which we simply enter”, sees many of its certainties crumble, and wonders whether it is right that “the largest democracy in the world” is monitoring the movements of every single citizen. As I said before, it is impossible that the NSA intercepts all there at the same time, it is also true that the mere awareness of being intercepted, more than enough to constrain the behavior of people becoming, in effect, a limitation of individual freedom.

We all still see the tragic images of the September 11 attacks, as well as those in London, Madrid and Boston, not to mention the atrocities implemented by bloodthirsty Isis terrorists: subject to the protection of security tout court, the fight – no ifs, ands or buts – the threat (alas concrete) constituted by Islamic fundamentalism, and the centrality of our relationship with United States, one that I would like to know from you, not the government’s position, but yours. On the other hand, even before the head of government, you are a husband, a father and an Italian citizen; in your heart, let it really that our children grow up in a context of a limited freedom, which should even be afraid to express their opinion?

NextDatagate is around us, new Snowden could be many
Back to Blog

PreviousTrue friendship and the sham