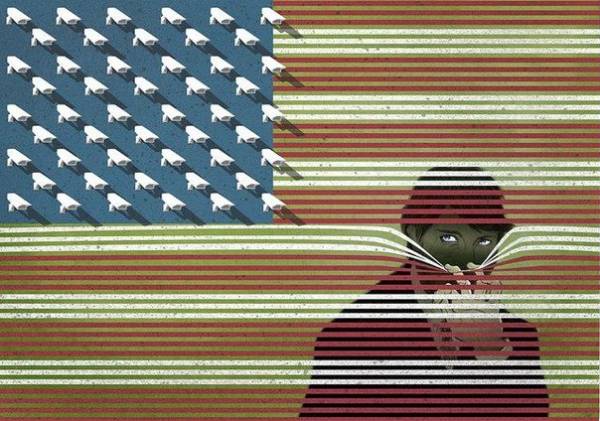 In Italy, when you talk about Snowden think of the United States. Big mistake, son of that not so veiled indifference with which, in our country, we are led to approcciarci to news of foreign policy, the facts logically except in cases where these do not relate directly to our bank accounts. Subject on which we could open an endless discussion, but that is not what I will address, at least today. This premise to get to the point, namely that the error is to consider the news about the scandal Datagate as if they had problems while others, on the contrary, to quote the famous Morpheus Matrix, “The Datagate is everywhere around us “.

Interpretation overly imaginative and so unrealistic? I believe not, and below I will try to explain why. First let’s start with the observation that most seemingly trivial and perhaps, for this reason, many tend to overlook: credit cards, smartphones, social networks. Nowadays it is possible to know everything about everyone. Where we are, what we eat, how we spend our money, what we say is all traceable and then traced. From this flows the first paradox, namely that those same tools that make us free are, on the contrary, used to control us as never before now. And control, you know, rhymes with power.

On the other hand if, during a press conference held last January 7 at the White House, President Obama has publicly stated that, despite the leak spy on the activities of the National Security Agency: “Our intelligence will continue to spy governments around the world, we do know their intentions, for security reasons. Our allies, however, can rest easy because we are loyal partners. “, It is easy to understand that, if they can spy on Merkel and Cameron, listen to what we say to us mere mortals is, for them, even simpler than a child’s play.

In complicated cases like this there is always a downside and, specifically, is represented by “security reasons” was referring to Obama. True, very true, many of the measures taken by the United States after the blow to the heart suffered on September 11 have served to thwart further attacks but, sifting through the statements of Edward Snowden, which show substantially the concept of which I wrote earlier , the questions that arise spontaneously are: what is the line between right and wrong? The extent to which a national government has the right to restrict individual freedom?

Mind you, that is fine every tool to ferret out terrorists, but the point is not that. I find, in fact, absolutely wrong that each of us will face questions about the almost limitless power that the US government has in his hands and how to actually use it. Question that obviously must have places in Germany, given that on July 10 the government of Angela Merkel has decided – unprecedented – to dismiss the head of the CIA stationed in Berlin.

In recent months, has spoken openly about the existence of a “new Snowden,” or another mole ready to publish top secret documents about the activities of American espionage. As I see it – having studied for several months the dynamics (and struggles) internal to the US intelligence agencies – behind every new Snowden could nasconders a segment of those same intelligence ready to organize and then use the leaks to his advantage. In short, between the CIA and FBI competition has always been there, and it’s well lit, it is not a mystery, and that certain lobbies are ready for anything, even to scale the power also.

NextWiretapping, objective is influence our behavior
Back to Blog